How to Make a Halloween Bat Costume for Kid 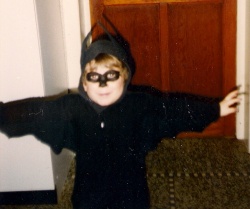 Make a Halloween bat costume for the kids

Today I’m going to show you how to make a Halloween bat costume for kid. This is one costume I made for my own child in the past. It’s so easy to make that it would have been foolish not to share.

I know that Halloween is in 10 months but it’s never too early to start thinking about those costumes to be worn during the scariest holiday of the year. In addition, although Halloween costumes these can be worn for Mardi Gras or any other costumed party in the year.

This costume is so simple to make that it won’t take long for me to write about or for you to learn how to make it. So let’s start.

This is a Carnaval costume I made at home for my child years ago. Actually, it is some kind of last minute costume that I had to produce since I completely forgot about buying one for the party that was held at the primary school. 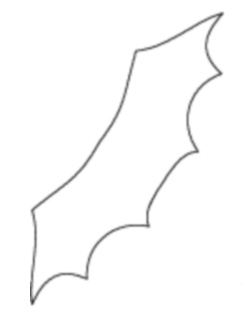 Now the sewing part of that Halloween bat costume for kid:

Using face paint, draw a mask around the eyes of your child. You can use a black Venetian colombina mask instead if you prefer.

That’s it, you have have created a cute Halloween bat costume for kid in no time.